Why Green Stimulus is a No-Brainer

Many trillions more will be spent on recovery packages in the coming year to stimulate the economy.

Because these are “once in a generation” investments, where they get invested will largely determine the world’s climate progress (or lack thereof) over the next decade.

Will policy-makers take action to reverse warming and protect us? Or will their negligence dig us into a far deeper hole than the one we’re currently in?

“You don’t get the chance to reset the economy every day — or even every five years. This is our shot. We need to get it right.“ – K. Aronoff, A. Battistoni, D. Cohen, T. Riofrancos

The bad news is that some policy-makers around the world are still beholden to the (deadly) status quo and fossil fuel executives. Or are uninformed and still ascribe to the backward notion that what is good for the environment is bad for the economy.

The good news is that human health, justice, risk-management, and history demand a green stimulus.

Oh, and since all of those are typically swept under the rug like they’re somehow inferior to short-term profits, there’s also the fact that…

Green recovery packages look like the best option for people *and* the economy.

There’s a reason Blackrock is making sustainability the cornerstone of their investment strategy – and it’s not because they’re nice people.

There’s a reason some Republicans are starting to speak more loudly on climate: “The winner of the emerging clean energy race will determine the geopolitical and economic balance of power for decades to come.” – James Baker, George Shultz, Ted Halstead

It’s because they see the writing on the wall.

And there’s a reason a green stimulus intuitively makes so much sense.

It’s because the foundations upon which both society and the economy stand are beginning to crumble before our very eyes. 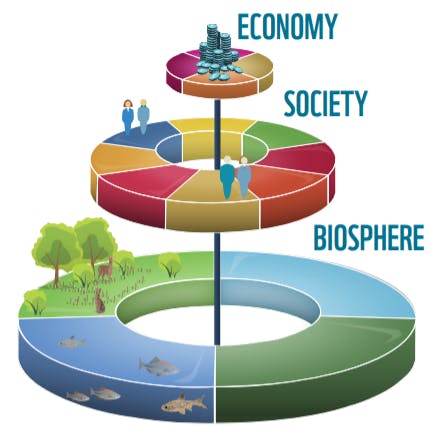 It doesn’t take a rocket scientist to figure this stuff out.

But I suspect most of the upcoming recovery packages will not be nearly as green or ambitious as they could be if people don’t start talking about it with their friends, family, networks, and policy-makers. Every little bit counts.