This week marks the one-year anniversary of the “What on Earth” newsletter so I thought I’d take the time to:

But first, I’d like to thank YOU. Not only for reading these weekly notes, but for encouraging me along the way, sharing your stories, spreading the word, and most importantly – being actively engaged on the biggest issue facing humanity today. We need more people like you out there so thank you for being you. You give me hope.

Is it just me, or does it feel like we’re witnessing the beginning of the sustainable revolution?

The awareness, outrage, people power, technology, and momentum may soon become insurmountable forces for the status quo and those clinging onto it.

And it’s about damn time!

The last twelve months have been nothing short of remarkable. Is it enough? No, of course not. We’re so far behind on tackling climate change that we’ll be working to eliminate emissions and then adapting to the consequences of a dangerous climate for the rest of my life.

But if you told me in May of 2018 that we’d be where we are today, I would have been jumping for joy.

Here’s a quick, incomplete list of new, huge developments in the last 12 months:

(It’s becoming increasingly clear that the power of the people is greater than the people in power. Let’s keep it going and ramp it up.)

This is all fantastic news. And it points to a couple of encouraging trends for Crowdsourcing Sustainability.

1. The world is getting very close to a tipping point of prioritizing the elimination of greenhouse gas emissions. Once they do, everyone will start trying to figure out how to make this rapid and unprecedented transformation to sustainability. They’ll need all the help they can get.

2. Millions of people around the world want to help solve the problem.

This is encouraging because the ultimate vision for Crowdsourcing Sustainability is to harness the collective wisdom of people who want to help and use this abundant, underutilized resource to help determine the best possible solutions to society’s numerous GHG emissions problems.

I started Crowdsourcing Sustainability to minimize climate change by unleashing the power of people everywhere. It was a three-step plan:

2. Build a platform to connect the community and harness the collective wisdom in a way that’s constructive and gets the best ideas to rise to the top.

3. Start solving real problems to make the world more sustainable. Tap into the diverse ideas, experiences, skill sets, and connections of the community to find the best ways to eliminate greenhouse gas emissions as quickly as possible. This crowdsourcing of sustainability could be applied to anything (crowd consulting to get a government or corporation to net zero emissions, best practices for individual footprints, figuring out how to get your town or school to net zero, a springboard for new ideas and projects, etc.)

Who knows what we might be able to accomplish when thousands of minds start effectively collaborating on the world’s biggest problem?

So I’ve basically been doing part 1 (building a community) for over a year now with these newsletters and some social media in recent months (big thank you to Hannah!).

As of today, you, me, and over 650 other people from over 40 countries get this Crowdsourcing Sustainability newsletter. I consider you all to be in the community 🙂

(By the way, please do keep telling your friends, family, and co-workers to sign up for this newsletter – for the vision to ultimately work, and if you want to keep getting this weekly newsletter, we need way more people on-board!)

So far, we’ve been helping to bring more sustainability into the world individually – separate from each other (which is great).

But part two of the plan is to connect everyone in our growing community and enable effective collaboration so we can take crowdsourcing to the next level. 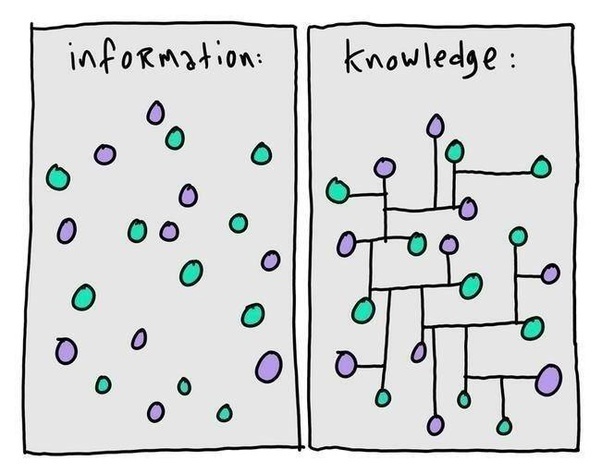 Not a perfect visual, but hopefully you get the gist – we’re better together.

All of our individual efforts have done a lot of good so far, but tackling climate change is an all-hands-on-deck kind of situation. We’ll be far more powerful and useful when we work together, combining our diverse skills, experiences, resources, connections, and ideas. The sum is greater than the parts.

The science says the entire world needs to eliminate GHG emissions as quickly as possible. That means governments, schools, corporations, hospitals – all organizations will have to figure out how to become sustainable. They’ll have to transform how they’ve always done things. They’re going to need a lot of help figuring out how to do this.

I believe this community has the potential to help solve these problems, especially as we grow bigger and bigger.

I’ve been shifting more of my time to figuring out this crowdsourcing platform recently. Crowdsourcing Sustainability is still very much a work in progress, so stay tuned!

And if you want to get involved, know someone else who might, or just have some ideas that you think could be helpful, please don’t hesitate to reach out. This project wouldn’t have come this far without lots of help from a lot of different people!

If we get this right, we just might unleash the power of people everywhere to help solve the world’s biggest problem.

That’s the goal anyway! We’ll see how it goes 😉