“Calling for disruptive changes is not radical, but deeply sane.”

Two reports came out recently that are worth knowing about. It’s heavy stuff.

1. The US Military fears “mission failure” in the next 20 years due to climate chaos if urgent reforms aren’t made.

The Pentagon commissioned report was put together by the US Army, the Defense Intelligence Agency, NASA, and many other top-level government agencies. It came out in August. Nobody’s talking about it enough.

This was just announced after research improved upon existing land elevation data. Previous land elevation estimates were thrown off by trees and buildings.

“These assessments show the potential of climate change to reshape cities, economies, coastlines and entire global regions within our lifetimes,” – Scott Kulp, lead author of the study.

A common misunderstanding some people have is that this is a distant problem that won’t affect them personally. Hopefully these two stories above illustrate how false that belief is. 2050 really isn’t that far away. If all goes well, I’ll be 59 in 2050. 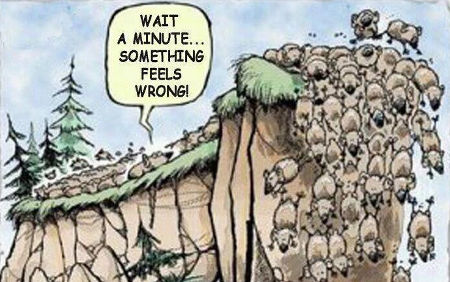 ^^This is our reality today.

As Jake Grumbach put it, “The most radical climate policy—the one that will most disrupt our lives—is the status quo.”

We need more people talking about how deadly the status quo is.

Reminder: The UN Emissions Gap report estimates that countries around the world need to triple their current Paris Agreement commitments to limit warming to 2°C. And do 5 times more to limit warming to 1.5°C. Yes, we’ll have already locked in massive destruction and suffering at those levels of warming. But 1.5°C and 2°C will be worlds better than the 3°C or 4°C scenarios we’re on track for.

As far as we know, it is still in our control how warm we let it get.

Every little bit of warming we prevent matters – especially because the damage done is effectively permanent on human timescales.

We need to completely transform our way of thinking and doing, so that sustainability, human well-being, and eliminating greenhouse gas emissions becomes the organizing principle of society.

The main point I want to make today is that…

“Calling for disruptive changes is not radical, but deeply sane.”

We are speeding off a cliff. In light of the scientific facts at hand, to do nothing, or to take incremental action, would be mind-bogglingly stupid.

“All meaningful sustainability work is now disruptive. Calling for disruptive changes is not radical, but deeply sane.
Faced with that crisis, we hear the chorus of profitable inaction: gradualism, incrementalism and a “realism” that ignores physical reality. But actual based-in-reality realism is that our status quo breeds catastrophes, and we need to remake the systems around us at breakneck speed.” – Alex Steffen

The IPCC calls for a “rapid and far-reaching transition” to virtually every aspect of our society.

The science is crystal clear. Physics does not care what people’s opinions on the matter are.

If we don’t rapidly change our laws and way of life, the laws of nature will transform them for us.

“The measure of intelligence is the ability to change.” – Albert Einstein

We can do this. We must do this.

I believe people are fundamentally good. And endlessly resourceful when we put our minds together to solve a problem.

So get together with your family, friends, coworkers, or community to see what you can do together to turn this ship around.

Speak up. Get creative.

Find your courage. Be bold.

Keep taking steps forward. You are not alone.