Big picture of where we stand

Watch out, comin’ in hot! 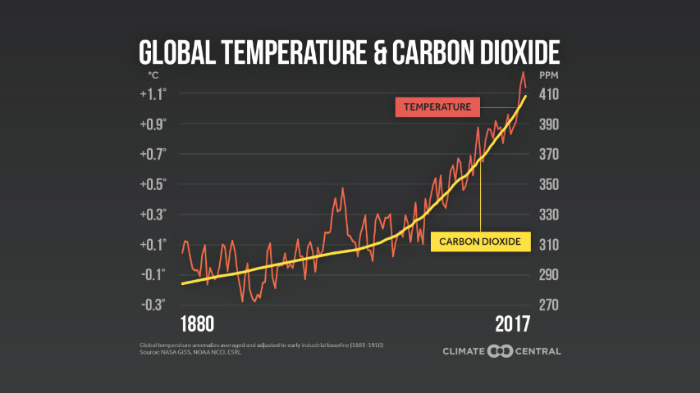 The Paris Agreement is our attempt to limit global warming to 1.5°C because of how much worse 2°C is as shown by the IPCC’s latest report.

We have not peaked our greenhouse gas emissions yet. In 2017 fossil fuel emissions rose by 1.7%. This year they’re expected to rise by 2.7% since we dumped a record high 37.1 gigatons of emissions into the atmosphere, which is the weight of 100,000 Empire State Buildings.

To limit global warming to 1.5°C we need to:

Cutting our emissions in half by 2030 is an enormous undertaking. The clock starts now.

which brings us to the…

I’ll let you know what comes out of them later.

But the gist of it is that the United Nations is working to finalize the rules for the implementation of the Paris Agreement which starts in 2020. Think: the nuts and bolts of how countries will hold each other accountable and see how everyone’s progressing.

Opening day speakers have been as blunt as can be on the reality of our situation…which, although dire, I find oddly refreshing and encouraging because it’s finally being talked about so openly.

“If we don’t take action, the collapse of our civilizations and the extinction of much of the natural world is on the horizon.” – Sir David Attenborough

U.N. General Assembly President Maria Espinosa went so far as to say that at the rate we’re seeing today, mankind is “in danger of disappearing.”

I don’t think that’s likely, assuming we get our act together, but it illustrates the extreme situation we find ourselves in.

What it comes down to is this:

We’re living in a unique moment in history.

We, collectively, have to seize this moment and act because we’re the last ones who can.

An unprecedented problem in human history requires unprecedented action. That means everyone needs to step it up. That means you and I both need to get out of our comfort zones and habits and do something about it.

I know you’re stepping up already. And reading these newsletters will definitely help. So keep it up – keep pushing forward!

Speaking of stepping up…

Meet Claire Schoen, Producer of the Stepping Up podcast 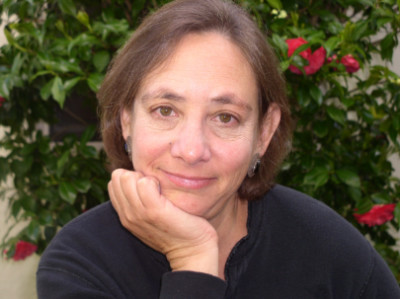 Claire is a master storyteller and has been guided by her passion for social justice throughout her career. She’s won numerous awards for film and radio documentaries and has taught radio production at Stanford, U.C. Berkeley, and Duke.

Claire loves getting a glimpse into other people’s lives and being able to tell their stories. She picks topics that she thinks are important and sits down with people who’s lives are interwoven with the issue at hand – opening a window for others to see and better understand. “I love doing this. You get into all sorts of crazy situations. People spill their secrets. I get to go into world’s that aren’t like my own world at all.”

And after saying all this, it’s only fitting that I get out of my comfort zone and walk the walk, right?

On Sunday I’ll be going down to DC with the Sunrise Movement to pressure the House to form a Select Committee for a Green New Deal before they’ve finalized their plans for 2019. (You can learn more/sign up here or help from home if you’d like on Monday.)

The Sunrise Movement has two objectives:

So what is this Green New Deal?

“This is going to be the Great Society, the moonshot, the civil rights movement of our generation. That is the scale of the ambition that this movement is going to require…We can use the transition to 100% renewable energy as the vehicle to truly deliver and establish economic, social, and racial justice in the United States of America.” – Alexandria Ocasio-Cortez

It’s named after the “New Deal” that Franklin Delano Roosevelt created when he became president in the midst of the Great Depression. The New Deal was a way for the government to help people by providing jobs and boosting the economy.

The Green New Deal is similar in that it’s an enormous undertaking to help people in a time of great need. It not only promises to tackle climate change with the necessary, science-based, speed and scale, but it’d also put millions of people to work to get the job done. Jobs would be created in clean energy, residential and commercial building upgrades, modernizing the power grid, and generally decarbonizing every aspect of the economy.

The Green New Deal would essentially put millions of Americans to work fighting climate change and is centered in equity.

The Green New Deal would likely go live in 2021

They’re not dumb. Nobody expects to get it passed right now.

The idea is to get a bipartisan Select Committee for a Green New Deal established in 2019. The select committee will then come up with a plan for the transformation to a carbon-neutral economy. And by 2021, the legislation will be ready to go.

For the record, in case it matters to you since I talk politics sometimes – I’m a registered Independent. My politics are pretty much guided by whoever is going to do the most to reverse the climate crisis because in my mind if we don’t figure that out, none of the other important issues end up mattering. Reversing climate change inherently prioritizes people’s health, safety, and life in general, so that’s where I stand.

Is the Green New Deal extreme?

Yes, you bet. But extreme action is the only reasonable option at this point if you’re on team humanity and life.

“Now more than ever, unprecedented and urgent action is required by all nations.” – UN Emissions Gap Report (came out last week)

To be honest, I don’t know if the Green New Deal is the answer or not since it’s not fully hashed out. But it’s the best thing we’ve got right now, so I’m pretty excited about it! If nothing else, it’s moving the goalpost in the right direction. I think that this, combined with carbon pricing could get us to where we need to be in terms of addressing our unprecedented situation with the necessary scale and speed in the US.

Also, for the record – this Green New Deal with all of its inclusion, equality, and fighting climate change has got Bernie Sanders 2020 presidential run written all over it – callin’ it.

By the way, those Australian students I mentioned last week who were demanding the government take action on climate? Huge turnout for their school strike. 15,000 kids hit the streets!