Two quick things for you this week.

First – Hallelujah! Seriously, what a relief.

I hope you have celebrated and found some moments of peace 🙂

More than 78 million Americans stood up and voted to get Trump out of power.

(Of course, Trump is still doing everything he can to bypass democracy and stay in power though…so our work isn’t totally done yet.)

But assuming justice prevails here, we have avoided four more years of the United States federal government actively making the climate crisis worse. And we can now start to push for and implement solutions that match the scale of the problem at the federal level in what is arguably the most powerful country in the world.

The second thing I want to share with you is that my birthday was this week. I just finished my 29th lap around the sun on November 9th 🙂

I bring this up because I share my birthday with one of my heroes – Carl Sagan.

I’ve shared quotes from him before but I want to do so again because I find his wisdom and guidance particularly useful in this moment with so much at stake and with so much that needs to change in the coming months and years. 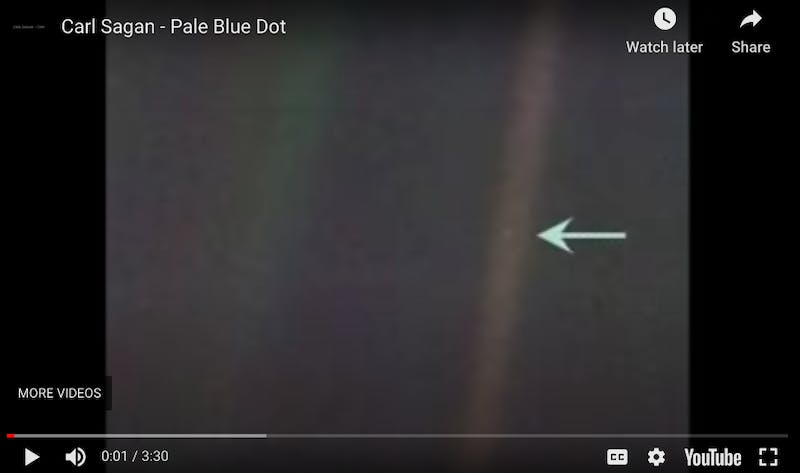 “Look again at that dot. That’s here. That’s home. That’s us. On it everyone you love, everyone you know, everyone you ever heard of, every human being who ever was, lived out their lives. The aggregate of our joy and suffering, thousands of confident religions, ideologies, and economic doctrines, every hunter and forager, every hero and coward, every creator and destroyer of civilization, every king and peasant, every young couple in love, every mother and father, hopeful child, inventor and explorer, every teacher of morals, every corrupt politician, every “superstar,” every “supreme leader,” every saint and sinner in the history of our species lived there–on a mote of dust suspended in a sunbeam.

The Earth is a very small stage in a vast cosmic arena. Think of the rivers of blood spilled by all those generals and emperors so that, in glory and triumph, they could become the momentary masters of a fraction of a dot. Think of the endless cruelties visited by the inhabitants of one corner of this pixel on the scarcely distinguishable inhabitants of some other corner, how frequent their misunderstandings, how eager they are to kill one another, how fervent their hatreds.

Our posturings, our imagined self-importance, the delusion that we have some privileged position in the Universe, are challenged by this point of pale light. Our planet is a lonely speck in the great enveloping cosmic dark. In our obscurity, in all this vastness, there is no hint that help will come from elsewhere to save us from ourselves.

The Earth is the only world known so far to harbor life. There is nowhere else, at least in the near future, to which our species could migrate. Visit, yes. Settle, not yet. Like it or not, for the moment the Earth is where we make our stand.

It has been said that astronomy is a humbling and character-building experience. There is perhaps no better demonstration of the folly of human conceits than this distant image of our tiny world. To me, it underscores our responsibility to deal more kindly with one another, and to preserve and cherish the pale blue dot, the only home we’ve ever known.” – Carl Sagan

And another, shorter one of my favorites:

“We on Earth have just awakened to the great oceans of space and time from which we have emerged. We are the legacy of 15 billion years of cosmic evolution. We have a choice: We can enhance life and come to know the universe that made us, or we can squander our 15 billion-year heritage in meaningless self-destruction. What happens next depends on what we do, here and now, with our intelligence and our knowledge of the cosmos.” – Carl Sagan

The human race needs to take a minute and look in the mirror.

We need to reflect on who we’ve been in the past.

See who we are today with clear eyes.

And understand how deadly and unjust the path we are on actually is.

It’s time to decide who we want to be and where we want to go from here as a species.

Then we can start becoming the people we need to be to get there.