“The Man in the Arena,” PG&E bankruptcy, and economists encourage carbon pricing

Just a few things for you today:

Teddy Roosevelt’s “The Man in the Arena” quote

“It is not the critic who counts;

not the man who points out how the strong man stumbles, or where the doer of deeds could have done them better.

The credit belongs to the man who is actually in the arena, whose face is marred by dust and sweat and blood; who strives valiantly; who errs, and comes short again and again, because there is no effort without error and shortcoming;

but who does actually strive to do the deeds; who knows the great enthusiasms, the great devotions; who spends himself in a worthy cause;

who at the best knows in the end the triumph of high achievement, and who at the worst, if he fails, at least fails while daring greatly, so that his place shall never be with those cold and timid souls who know neither victory nor defeat.”

This was a part of Teddy’s “Citizenship in a Republic” speech that he gave in 1910 in Paris – it went viral. 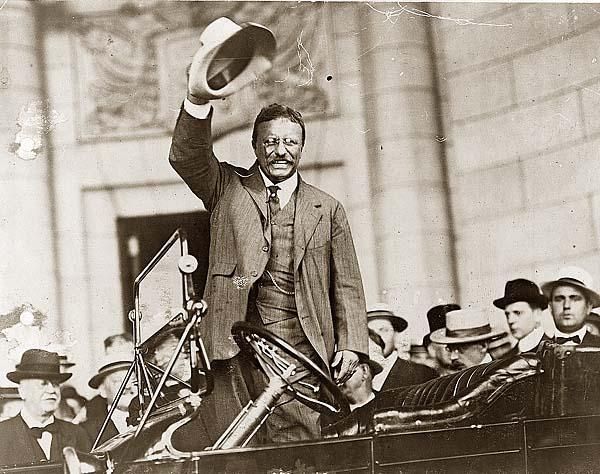 In the same speech Roosevelt spoke of the responsibility we have as citizens in this great social experiment of democracy:

“A democratic republic such as each of ours—an effort to realize in its full sense government by, of, and for the people—represents the most gigantic of all possible social experiments, the one fraught with greatest possibilities alike for good and for evil. The success of republics like yours and like ours means the glory, and our failure the despair, of mankind; and for you and for us the question of the quality of the individual citizen is supreme...

…With you here, and with us in my own home, in the long run, success or failure will be conditioned upon the way in which the average man, the average woman, does his or her duty, first in the ordinary, every-day affairs of life, and next in those great occasional crises which call for the heroic virtues.“

Like Roosevelt said, we have a duty to make sure our democracy and civilization as a whole is moving in the right direction in this time of crisis.

…As a true leader with a deep appreciation for nature, I think we all know Teddy would be standing beside us in the arena today, fighting valiantly to stop climate change. Fighting for life on our beautiful Earth.

PG&E is feeling the heat. The largest utility company in California sat at number 168 on Fortune 500’s list in 2018 with $17 billion in revenues. PG&E recently filed for Chapter 11 bankruptcy after negligently sparking a few too many wildfires.

The one that put them over the edge was the biggest one in California’s history. The Camp Fire. It killed at least 85 people, forced 10,000 people to evacuate, destroyed 14,000 structures, and demolished the town of Paradise. California is still investigating culpability.

Here you can see how PG&E’s fires have become more and more of a problem over time. 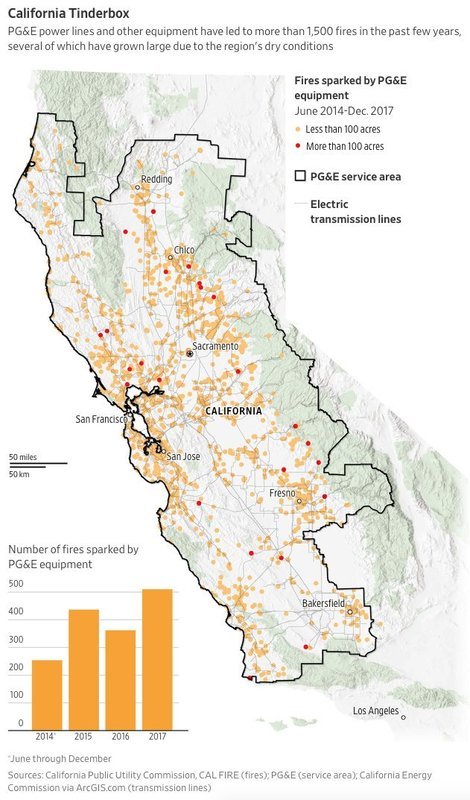 The video below is food for thought (no sound needed). It shares some more details about the PG&E story along with outlining climate risks that have Coca Cola, Visa, and Disney worried, to name a few.

Every company will be impacted and have to deal with climate change, just like the rest of us.

PG&E certainly won’t be the last business we see go under at the hands of our changing climate.

Now, economists have been saying pricing greenhouse gas emissions is the most cost effective way to stop global warming for a while, but it’s unprecedented that so many have come together in a bipartisan effort to promote a specific policy.

They led off their op-ed like this, “Global climate change is a serious problem calling for immediate national action. Guided by sound economic principles, we are united in the following policy recommendations.”

They went on to outline what is essentially Citizens’ Climate Lobby’s Carbon Fee & Dividend proposal. As former Fed Chair Janet Yellen said, “Carbon dividends is the most cost effective, equitable, and politically-viable climate solution.” It would correct what they call, “a well-known market failure”.

It’s important to note that the policy is very similar to the two new bills that are sitting in the US House and Senate. The key point that is increasingly being agreed upon is what to do with the money.

Give 100% of it back to the people, equally. It’s expected that more than 66% of people (especially those with less income) will actually receive more money in government rebates than they’ll pay in increased prices.

…even big oil companies are supporting the general idea. It’s not controversial. We just need political leaders around the world to step up and take this fantastic first step to addressing the climate crisis.

If you want to support this legislation in the US, I’d encourage you to go to Citizens’ Climate Lobby to learn more about what you can do. And if you’re not in the US, you can still go to their site to see what CCL is up to in your country or start your own! (email cathy@citizensclimate.org)

Here’s the Economists’ Wall Street Journal op-ed. I could read it the first time I tried, but they asked for login after that…so best of luck 🙂

As always, feel free to reach out if you have a question, idea, want to nerd out, or feel yourself starting to tear up – I’d be happy to hear from you, whatever may be on your mind!