I hope you’ve had a great week so far!

If you read nothing else in this newsletter, please do watch…

Greta’s speech to the United Nations

This is raw emotion from a 16-year-old’s rational, scientifically-backed fear of what the future holds for herself and all life on earth if global leaders do not act boldly and immediately.

My favorite line: “If you really understood the situation, and still kept on failing to act, then you would be evil. And that I refuse to believe.”

There were 4 million people striking around the world last Friday! 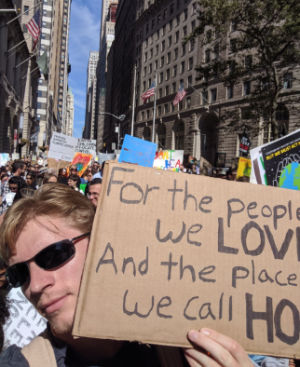 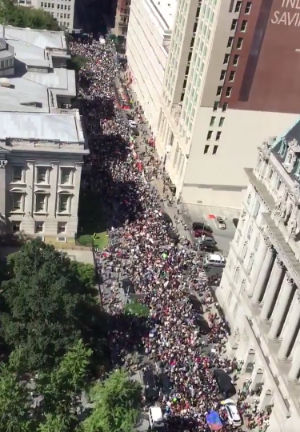 But as incredible and inspiring as 4 million people taking to the streets is – at the same time it’s somewhat discouraging how few people truly understand what is at stake here – and just how far behind we are of where we need to be.

Science organizations from around the world put this graphic and accompanying info together for the UN Climate Action Summit (which, by the way, was a strong showing from the island nations and a weak showing from the high-income countries). 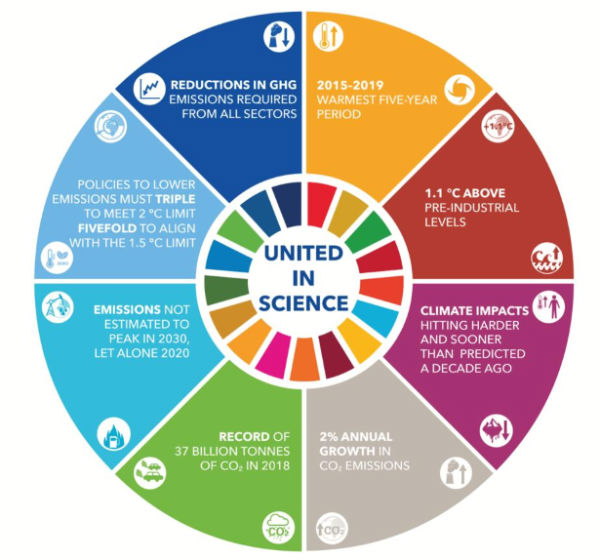 These trends mean we’re on track for significant food shortages, water shortages, increased conflict, hundreds of millions of refugees, and many millions of deaths at the hands of climate change by 2050 (a highly conservative estimate for our current path).

Understanding what is at stake is important.

But perhaps what’s more important for empowering each other is understanding when we are in time.

We are the last people with the opportunity to turn this thing around.

You, me, and everyone alive today.

We all have different skills, experiences, resources, and connections. And we can all help in our own, unique ways.

As IPCC scientist Debra Roberts says, “The next few years are probably the most important in our history.”

I look at that not so much as a responsibility – but as a privilege – the privilege to do some of the most important and meaningful work in the history of our entire species.

There are many different things that we can do to help stop global warming. We need to do all of them.

But one of the most important is to physically show up and walk the walk. History proves protesting is perhaps the most powerful tool in our belt to effect systemic change.

I’ve mentioned Erica Chenoweth’s research before. It shows that when 3.5% of a population actively protests for a specific issue for a sustained period of time, they’ve never failed to succeed.

So let’s do the math:

Climate strikers needed to “guarantee” victory according to the 3.5% rule: 266 million.

Thankfully, I’m guessing we won’t need to get to 3.5% because the research shows many campaigns succeeded with far less than 3.5% of the population.

But maybe we will need, say, 1% of the population to really get governments to respond. 1% of the global population is 76 million. That’s just 19x more people than the September 20th strike.

Regardless, we all need to step up when opportunities like this arise because it really does help to move the needle on a systemic scale.

I understand life is busy. And that sometimes there are incredibly valid reasons someone cannot go. I respect that.

If not you, then who?

If not now, then when?