Climate action helps improve *every other issue at the same time*

I’m just coming back from a brief, much-needed break from work (I swear, time has never moved as fast as it did last week).

Today, as promised, I’ll be connecting the dots between climate change and many of the other pressing issues facing the world today. And I’ll make the case that acting on climate helps to fix each and every one of these issues people care about at the same time.

“The climate crisis is not just another issue. It is an era.” – Alex Steffen

That’s because our climate is the context in which everything else takes place. We rely on it for everything. 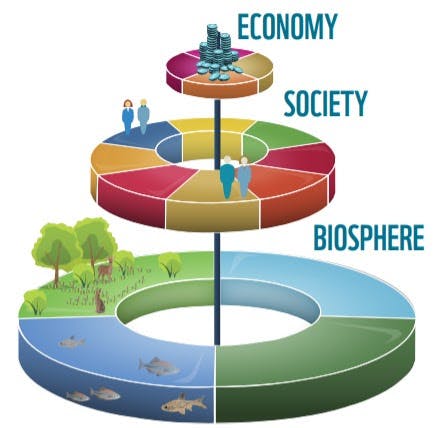 And these irreversible changes being set in motion will impact our descendants and all life on earth for thousands of years.

What I’m trying to say here is this: if we get climate wrong, nothing else will be right.

Connecting the dots – how climate intersects with every issue

What follows only scratches the surface of why climate matters for each issue, but I hope it illustrates how all-encompassing the climate crisis is. And why we should be prioritizing it.

Burning fossil fuels doesn’t just heat up the planet – it also poisons all of us with air pollution.

Over 7 million people die from air pollution every single year. That’s one person every 5 seconds.

By 2030, the United Nations conservatively expects climate change to cause “250,000 additional deaths per year, from malnutrition, malaria, diarrhea and heat stress alone.“

…not to mention higher rates of infectious diseases like Lyme and West Nile virus. Or all the hospital visits and healthy years of life lost due to lung cancer, asthma, heart disease, strokes, diabetes, etc. caused by air pollution.

These are some of the reasons why the World Health Organization says:

“Climate change is the greatest threat to global health in the 21st century.“

“The Paris Agreement on climate change is potentially the strongest health agreement of this century.“

Inaction on climate is way more expensive than action.

Or as Ben Franklin said, “An ounce of prevention is worth a pound of cure.”

If society miraculously limits warming to just 1.5°C, the IPCC estimates it will cost the global economy $54 trillion by 2100. At 2°C, that price tag goes up to $69 trillion.

Thankfully, at this point, the IPCC is just one voice in a choir of dire warnings on the risks climate change poses to the financial system and the benefits of taking bold action now.

“Climate change poses a major risk to the stability of the U.S. financial system and to its ability to sustain the American economy.” – Commodity Futures Trading Commission report.

The high level economics are quite clear. Climate mitigation and adaptation investments are a no-brainer. The longer we wait, the more costly it will be.

Bringing it down a level, pretty much every business is impacted in one way or another whether it be through physical climate risks or transitional ones as climate positivity becomes the norm.

Some industries in particular that come to mind as being highly impacted include energy, real estate, agriculture, insurance, tourism, and financial markets.

Let’s be clear – even if the economics weren’t favorable, the metric to prioritize when talking about the climate crisis is lives, not dollars.

But as this is the economy section, the main takeaway is this: sustainability is the future of the economy.

Two excerpts for you here. The first is from Hop Hopkins’s “Racism is Killing the Planet“.

(In case you’re unfamiliar, a sacrifice zone is the term used for communities that are right next to power plants, industrial factories, etc. and are constantly exposed to pollution (aka poison). These are usually low-income communities, predominantly made up of people of color. The most obvious example in the US is Cancer Alley in Louisiana where people are 50 times more likely to get cancer than the average American.)

And here’s Dr. Ayana Elizabeth Johnson in “I’m a black climate expert. Racism derails our efforts to save the planet.“

“Black Americans are disproportionately more likely than whites to be concerned about — and affected by — the climate crisis. But the many manifestations of structural racism, mass incarceration and state violence mean environmental issues are only a few lines on a long tally of threats. How can we expect black Americans to focus on climate when we are so at risk on our streets, in our communities, and even within our own homes? How can people of color effectively lead their communities on climate solutions when faced with pervasive and life-shortening racism?

Look, I would love to ignore racism and focus all my attention on climate. But I can’t. Because I am human. And I’m black. And ignoring racism won’t make it go away.“

The IPCC wrote in 2018 that we need “rapid and far-reaching transitions” in every aspect of society that are “unprecedented in terms of scale” to cut emissions in half by 2030.

Do you know what this means?

It means jobs. Millions and millions of jobs.

But going forward, we essentially need to bring our entire infrastructure into the 21st century, making it emissions-free and climate-resilient. 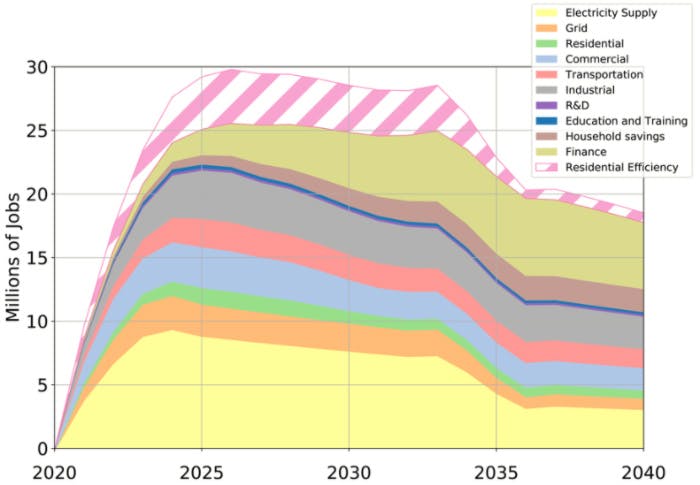 The world is starting to pay more and more for the destruction caused by climate change.

Yet, as infuriating and as stupid as it is, governments around the world still subsidize fossil fuels to the tune of $492 billion in direct subsidies, and an estimated $5.3 trillion in indirect subsidies according to the IMF.

We need governments to make life-giving investments, rather than life-taking ones.

The UN estimates there could be up to 1 billion climate migrants by 2050. A study last month said 1.2 billion people are at risk.

One billion people is equivalent to every person in South, Central, and North America.

The most commonly cited number, however, is 200 million. That’s 200 million people, through no fault of their own, who will be forced to leave their homes in order to survive.

I do this work to help save and improve lives.

So this is actually one of the things that I worry about most.

This scale of human suffering is unimaginable.

When I think about people being forced to leave their homes because of the climate crisis, I feel a mix of emotions. My body gets heavy with a deep grief. I get pissed at the powerful people who got us into this mess and continue to delay action. And the sheer injustice of it all…I believe the climate crisis will eventually be seen as a crime against humanity.

Minimizing warming and helping lower-income countries to become more resilient will help people to keep their homes and communities.

Climate change is the ultimate global, collective threat of the 21st century.

If one country doesn’t do their fair share, they’re screwing everyone else over.

This of course is bad for relationships, gaining trust, respect, and a decreasing ability to lead.

Violent crime increases on the hottest days by about 6% (it’s not 100% clear why this is, but it’s well established). This means every 1°C rise in temperature leads to 10’s of thousands of more assaults every year in the US.

Another study indicates that terrorism also increases on the hottest days. Researchers looking at 45 years of data in 159 countries expect terrorist attacks would increase by 14% in a world that’s 2°C hotter.

And we’re in line for a lot more hot days…in addition to, globally at the very least, more underlying reasons for conflict as people may increasingly struggle to meet their basic needs.

The US Department of Defense has called climate change a “threat multiplier”.

They see it causing instability in regions around the world. It’s been on the DoD’s radar since the early 2000s, at least. According to the Pentagon, “climate change will affect the Department of Defense’s ability to defend the nation and poses immediate risks to U.S. national security.”

“Everyone needs to be educated on climate change because climate change and our response to it is going to change the world over the next 25 years as much as the internet did in the last 25 years.” – Joe Romm

We need to prepare students for the climate impacted future they’re stepping into – for the increasingly unstable world they are inheriting.

We must teach them the urgency of the situation, how and why it came about, and empower them with the skills, tools, solutions, and mindsets needed to help overcome this massive challenge by finding a good job in the climate-changed economy.

Related: There are 62 million girls around the world with barriers impeding them from getting an education. Removing those barriers is a highly underappreciated climate solution.

Wow, that was a long one. Hope it was helpful in connecting some dots and/or for sparking climate conversations going forward!